I've said it before, and I'll say it again; I've been engaging in kink play a LONG time. By the time I was 19 I'd already wet my feet enough to be annoyed with people who couldn't grasp the basics. One such nuisance was the quintessential newbie question: "What's your favorite position to be tied in?" Now I do know a few people who have a rather large affinity for hogties, but for me that's like pointing to my bowl of rice and asking which grain is my favorite. When I was younger and Yahoo photos was still up and running, my solution was to have my favorite 20 or so photos uploaded to an album for quick reference.

As I begin to delve further into power exchange, I find these photos - which I've cherished for years and essentially "grew up" on - to be almost dull. Of course I'd still love to be put in any of them, but when it comes to fantasy they're like a shoddy outline.

It's always important to take pride in your interests, so it's very interesting to experience shifts like this as you develop as a kinkster. It's almost cathartic when you find that the intricacies you had previously unearthed only just scratched the surface of what makes you tick. Not that it's an ego thing, but realizing you know yourself that much better does wonders for one's pride.

That being said, here are a few of the aforementioned photos that have stuck with me through the years. I hope some of you were around for the heyday of Jack's Rack and Mr. S Dungeon: 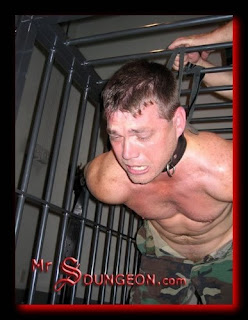 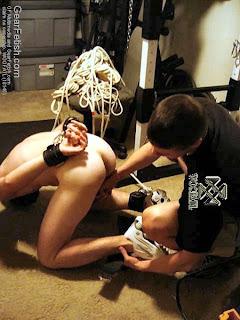 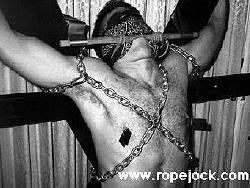