This is not meant to be something in memory of Thom, it is something completely selfish I just needed to get out. I'm sure I'll write something else later.

One of my favorite memories about Thom is how intensely Vash loved him pretty much instantly. I’d had him for years by this point and, despite a lot of work to socialize him, he was always apprehensive of new people. Except Thom .. because, Thom. One of the first times he met Thom he just instinctively crawled across his lap like it was the most natural thing ever. A 100 lb dog who not only would not only NEVER get in a stranger’s lap, but that most strangers wouldn’t allow in their lap even if he tried. They bonded instantly and it was always clear that he was one of Vash’s favorite people, right up there with Johnny who knew him almost as long as myself. 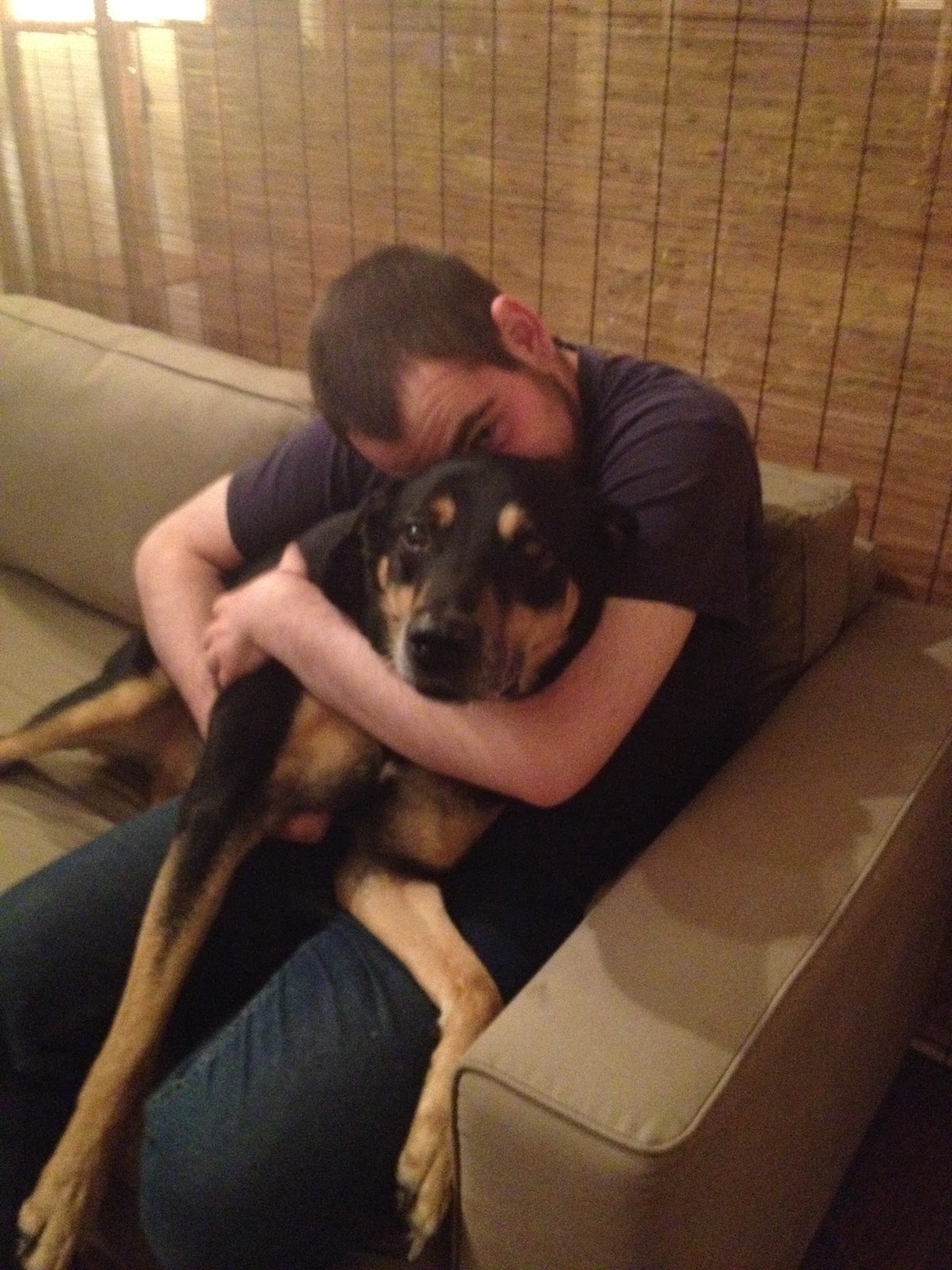 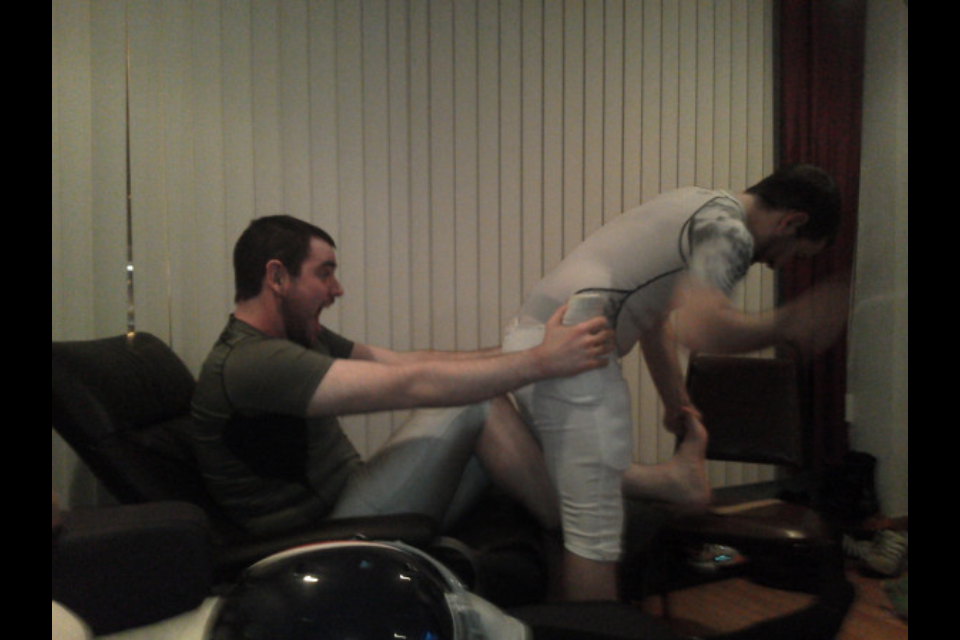 We met for the first time in any significant capacity at one of Brad/Greg/Jake’s infamous Superbowl parties. Jake had just begun working with some new types of rubber and had a 2mm thick strap that apparently worked as a striking implement. I thought Thom was incredibly sexy and I was feeling a little frisky, so I used it to show how effective it could be for bastinado. It was a fun interaction, and it left me with an amazingly good impression of him.

This was all right after I moved back to Chicago from Austin, so I was very fixated on catching up with old friends as opposed to deliberately making new ones. We didn’t become close over night, but we definitely did slowly start seeing more of each other through various things like Geartunes and game nights. Eventually we even had a D&D campaign that met weekly. He DM’ed it and the campaign was quirky enough to have the inn be a bathhouse (with a joke you have to roll fortitude to avoid disease), and the owner he always voied like Harvey Firestein.

About two years ago we got very close and saw each other multime times a week on most occasions. It was random times and activities, but he was a pretty consistent part of my life. At one point there was a (still) unexplained schism that happened after a Beer on the Pier with some friends. He felt like a fifth wheel which was understandable since I knew the other people more intimately, but there was an odd fixation with one person in particular and myself. He was very upset and it seemed like he was insinuating I had a romantic interest in her. We had never discussed dating or anything similar, so why this would be a concern (however absurd) was incredibly confusing to me. I did my best to calm him down and ended up just assuming I was misinterpreting his “5th wheel” feeling, but he refused to talk to me or respond to texts for almost two months. I don’t do emotions, especially face-to-face, but the first time I saw him after we patched things up I broke into tears telling him to never do that again because I had missed him so much. 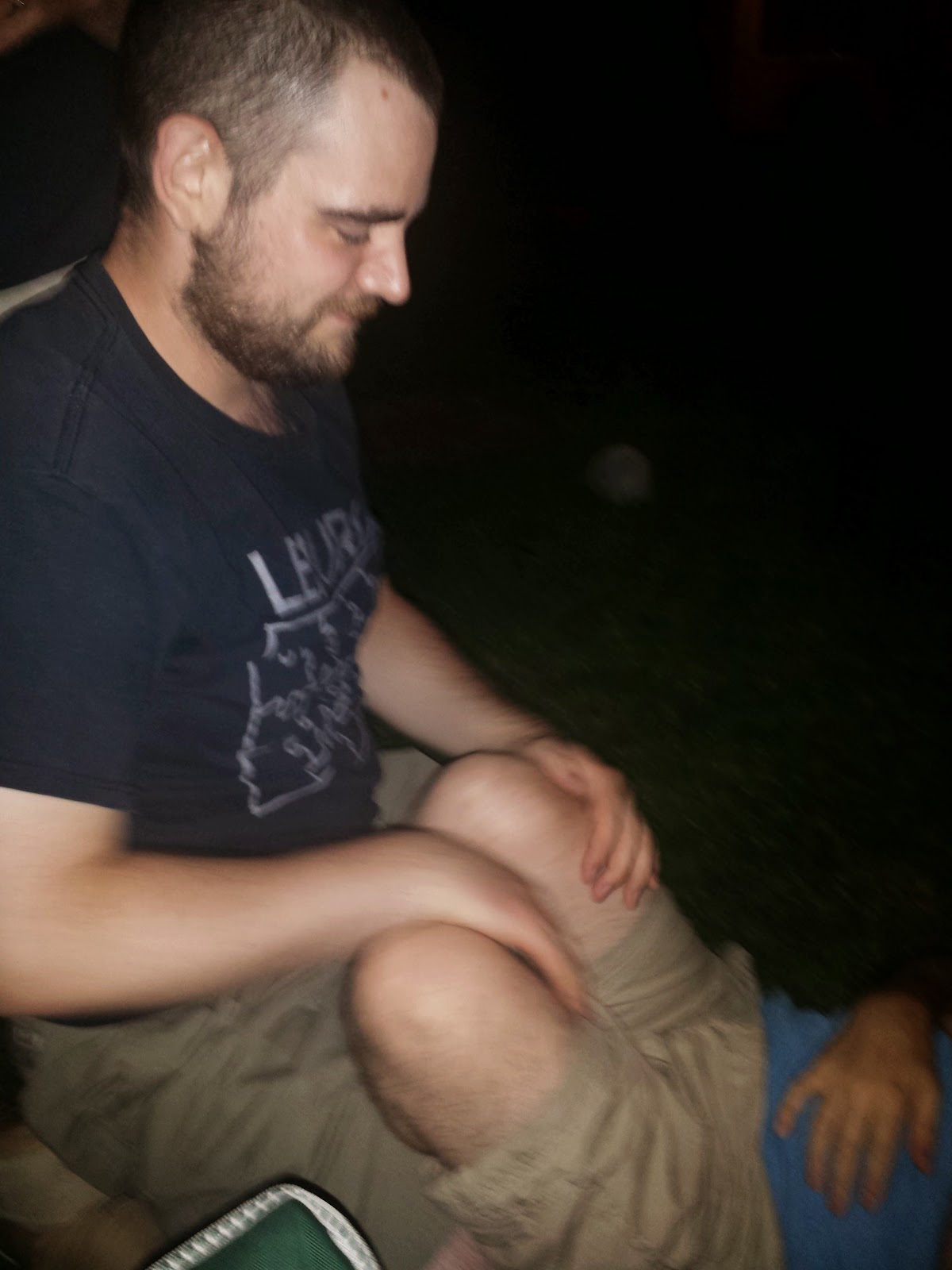 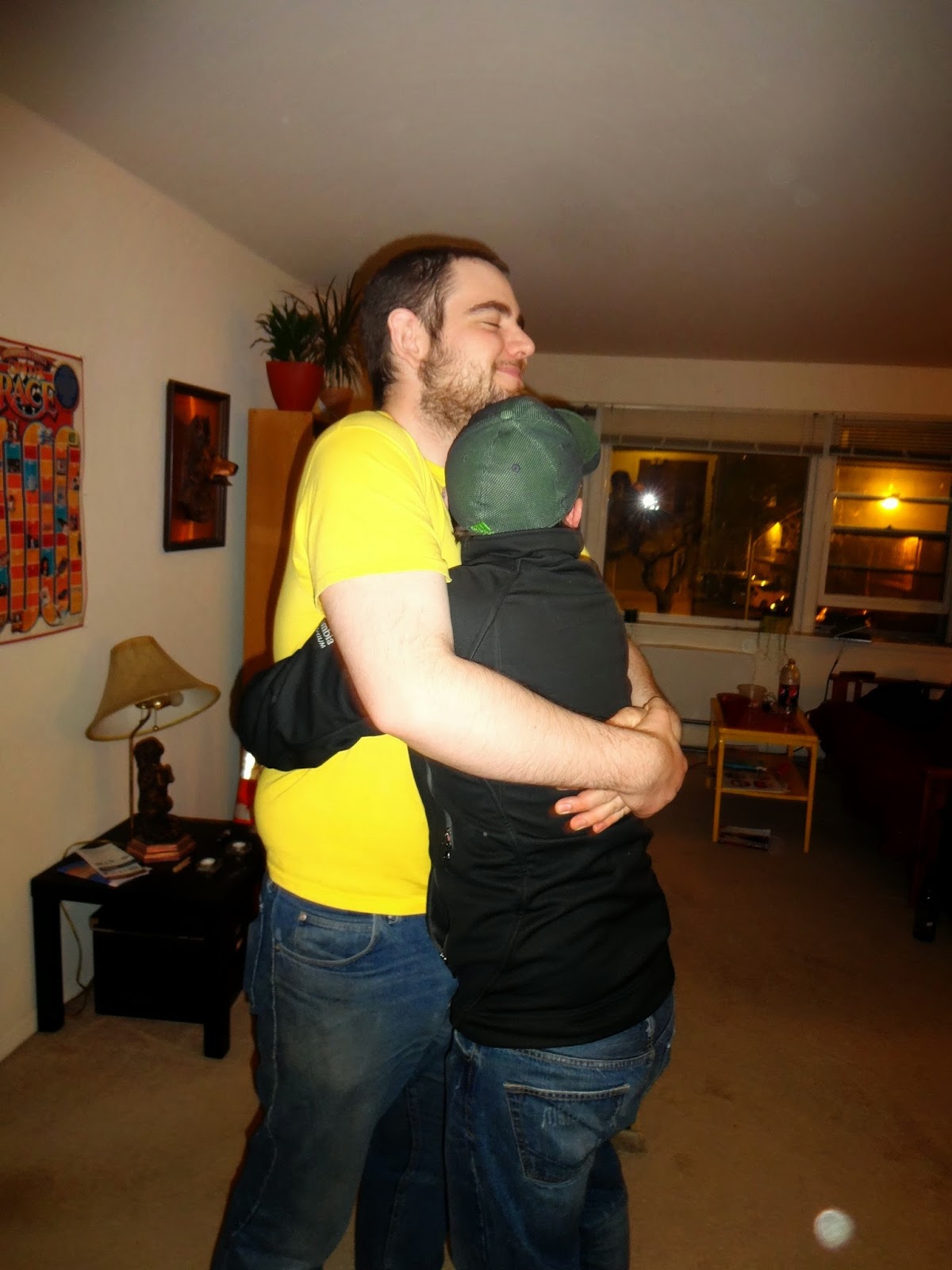 Things repaired pretty quickly from there, but I was reluctant to discuss things with him because of the risk he’d disappear again. I never knew what he was thinking in that respect, but I knew I cared for him enough that how he felt about me was completely irrelevant since I just wanted him to be as happy as he could be. We never really talked about it but when he started doing things like meeting weekly for dinner despite how adamant he was that plans be fairly spontaneous, I took it as a huge step forward. Fairly often after dinner I’d stay over and get to cuddle with him, and every time it was the highlight of my week. I tried really hard not to affix anything romantic to it, just more time that I got to spend with him.

During IML 2015 we spent a lot of time together, had some amazing misadventures, and at one point - completely out of the blue - he had mentioned collaring me, specifically saying he was worried about me. It didn’t feel like it was just thrown out in passing when he said it, but any attempts to bring it up after the fact were met with silence. I was a little crushed that he wouldn’t ever talk to me about it after that since the thought even occurring to him meant the world to me. But I let it go and kept doing what I could to be around him as often as possible.

Eventually he stopped being as receptive to things like cuddling, but wanted to keep the weekly dinners. The fact he still wanted to see me that often made me very happy even though I could feel the change. He had even been helping a lot with planning the Winter of House Parties, and at the first one (the ABC) party we randomly found ourselves needing respite from the energy which came out as a heart-to-heart discussion. The absurdity of having a deeply emotional conversation while I was covered in caution tape/cardboard and he was in an inflatable orca swim toy is not lost on me. I told him, bluntly enough, that he he knew how I feel about him and that he confused the fuck out of me with this constant shifting and previous disappearal. His response was something I’ll never forget: “Sometimes I wish it was you, that you were the problem.” I had no idea how to respond to this and still don’t, so the best I could muster was telling him I wanted him to come to a Thanksgiving dinner I had been invited to, not as a friend but as my date. I have no way of knowing if he’d have backed out or anything, because we ended up having a family dinner instead which was its own, beautiful experience. 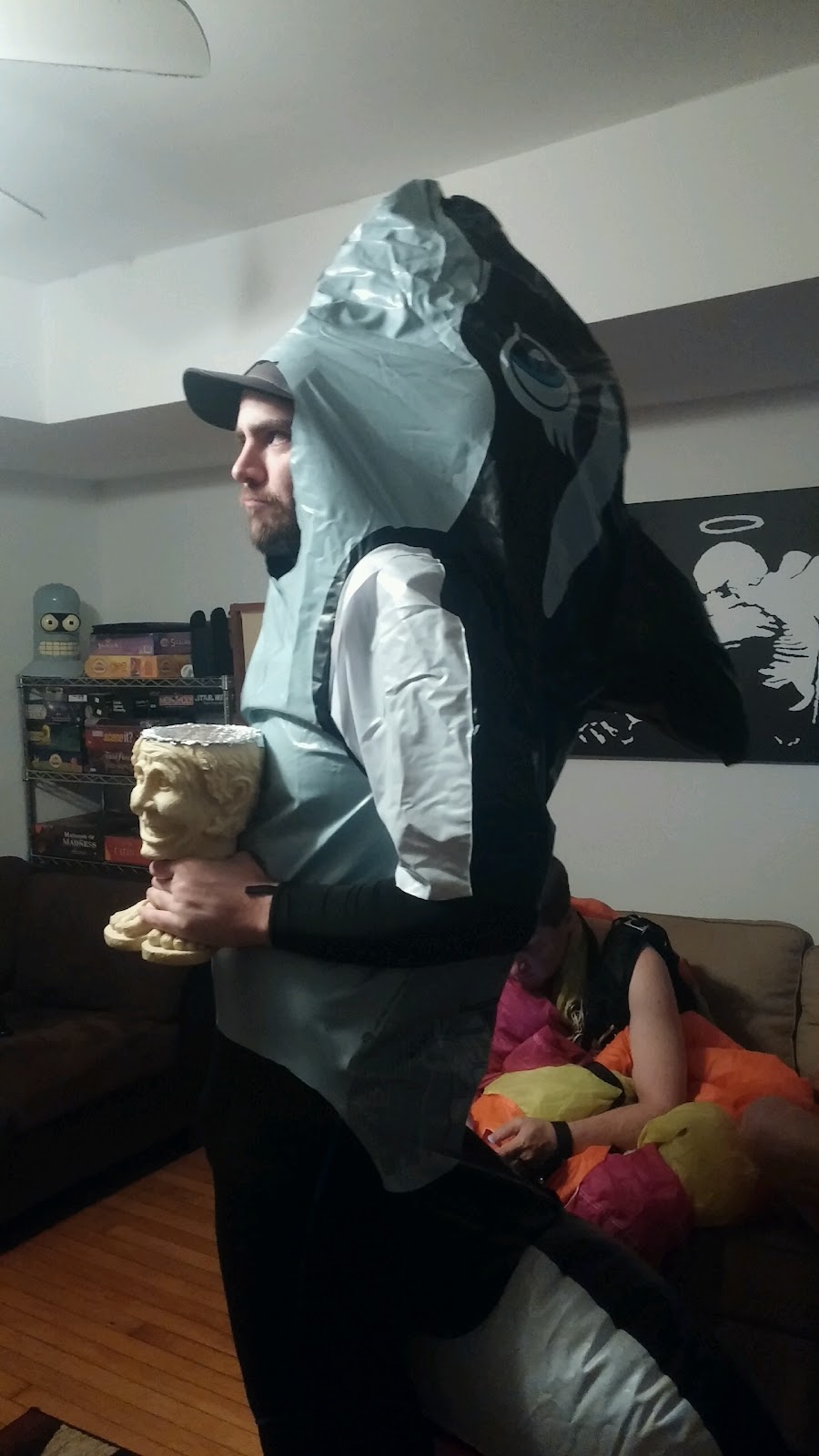 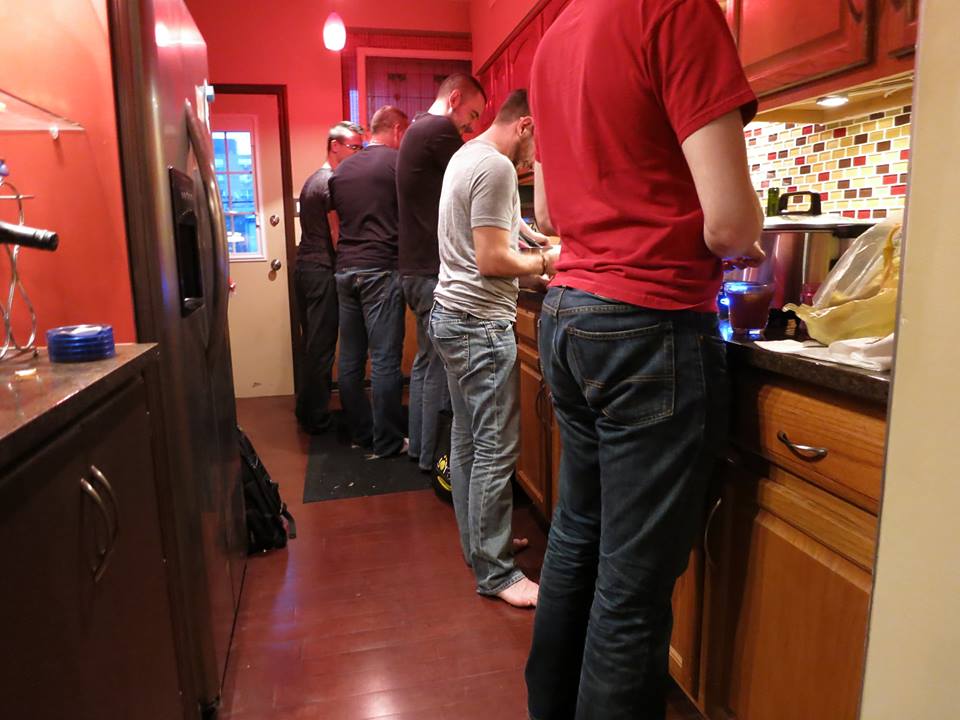 The day following the feast we had a number of friends who got together for a bit of bonding. A fairly sizable group of us just spent the night together doing what could only be called adventuring. It was an amazing evening that I will always remember, and we all left feeling closer to each other than we ever had. Amidst this, there were some very sad stories that came to light; about regret, about loss, about longing. One of the first discussions I ever had with Thom that was just the two of us instead of a mass of party-goers was about some things from his past that he was still struggling with. At the end of this gathering, there was an argument over something that got slightly heated, which was derailed by someone explaining a very traumatic piece of their history that they, too, were still struggling with. It was enough to bring me to tears and Thom was even more moved by the story. I don’t know what this triggered in him, but it wound up with him first sobbing, then laughing uncontrollably between sobs, and finally curling up into a ball while the laughter again collapsed to sobs. All I could think was to lay there and hold him and to just try and breathe calmly with him in my arms until he could find himself again, and then to try my best to make sure he never felt that way again.


I tried to talk to him twice about what, to me, could only be regarded as a minor breakdown. By the second time I asked it became very clear that if I pushed again he would cut me out - something he still did regardless. From then I tried to keep him as close as possible with our weekly dinners and seeing him any time something was going on weekends. Until, that is, he went AWOL. After several months of anticipated weekly dinners he simply stopped responding to any attempts to contact him. I knew things were hard at his job at the time, so I told him I understood if he wanted to cancel - even indefinitely - and that was fine, but I still couldn’t get so much of a “yeah” out of him despite hearing the was still in touch at least somewhat with a number of other people. I was sad, I was hurt, and I was angry.

Eventually he showed up to one of the Winter of House Parties events, and I was so angry I literally couldn't look at him. About an hour in, Brad keyed me in that he'd been having some issues that I had no idea about. I had no way of knowing if this was coincidence or if the fact I couldn't keep trying had played some role in worsening his condition. I almost lost it right on the spot knowing what he'd been going through, and went over to talk to him since my anger instantly dissipated. He made vague plans to hang out the following week which made me feel incredibly hopeful. I told him I loved him and how much I missed seeing him and our weekly dinner the next several times I ran into him in person, but I could never get him to talk to me again no matter how much I tried.

I never in a million years thought he would kill himself, I just figured that I had feelings for him that he couldn't reconcile so he was making other bonds he was more comfortable with. As honest as he was with most people, I never - and now WILL never - know what I was to him. Not knowing that is something that has been eating me alive for 6-8 months. When he started talking to me again and actually wanting to do dinners again, it was one of the happiest moments of the year.

The last time I saw him was the day after we had our weekly dinner. We went out to the CGHA beerbust with a pitstop at friend's house, and then he wanted me to come back to his place and cuddle. The last time I talked to him was about 4 hours before he took his own life, about what we were going to have for dinner the next day.

I wrote about knowing that none of us could have done anything more. I meant it, and I am being mindful of it myself. But what I am left with instead of guilt or blame is knowing that I will literally never know what I was to him. 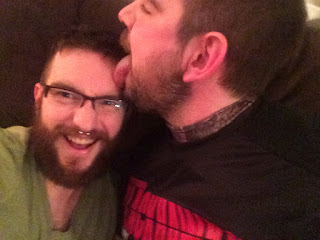