This first picture is pretty much one of my favorite illustrated concepts. I'd posted a while back about one of BullManX's photos that visually demonstrated the difference between a boy and a slave. I love the way this drawing does that too, especially the unrefined bottom seeing what he's going to be turned into. In line with this same concept, I really love the artwork out there that centers around the fantasy of a boy-factory, that breaks willing or unwilling men into boys or sex-slaves. The second image is super-hot to me from a kidnapping and conditioning standpoint, in that it definitely reflects the hopelessness and helplessness of those sorts of fantasies. As for the third image, it's one of the only ways I'd ever consider watersports beyond getting pissed on: completely immobilized and unable to even attempt to move away. At that point, even hulking out wouldn't make one bit of a difference. The fourth and fifth kinda speak for themselves; the one is just a simple but evil predicament bondage position, the other is literally the most clever use of a double-sided gag I've ever seen. 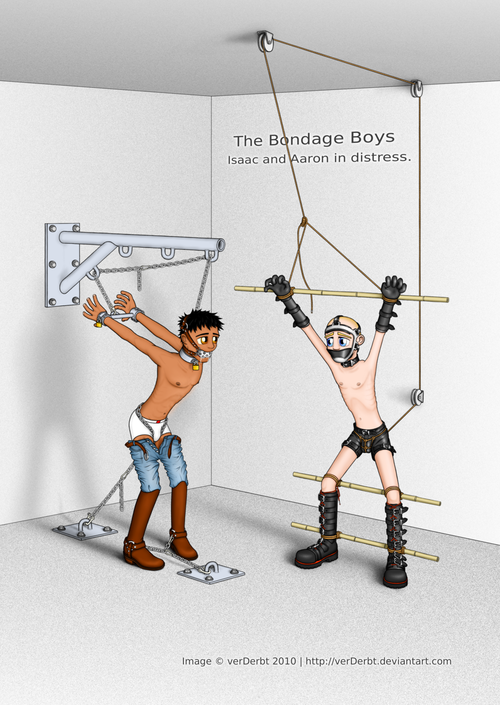 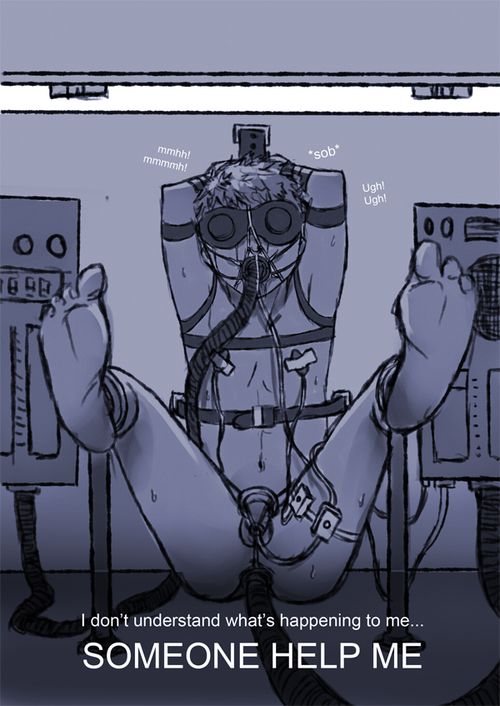 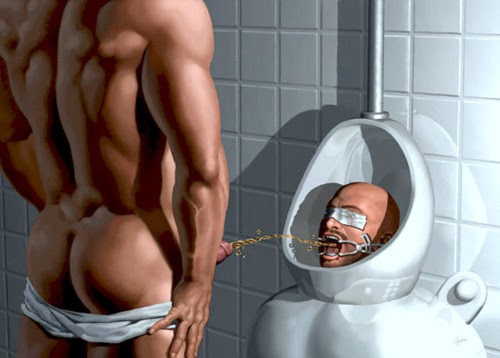 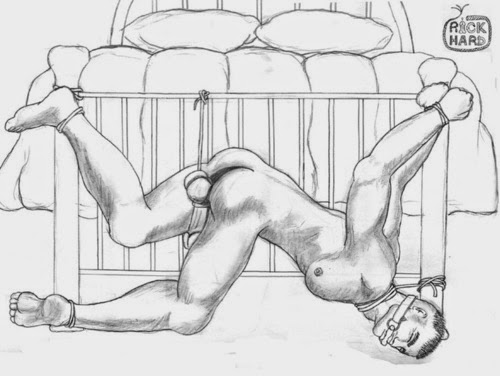 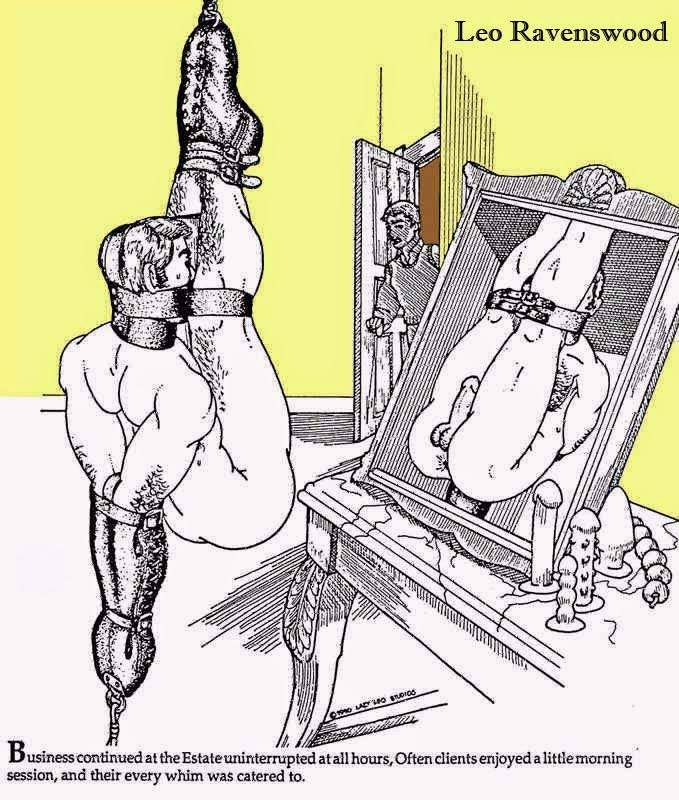