Many years ago at my first MAL I had the good fortune to meet the gentlemen who created the original vac cube. Well, while I'm not entirely certain it was the original as the concept itself is rather simple, it was at least the first (and only) of its caliber. I don't mean for this to sound like a sales pitch, but with internally fitted pipes, a latex-looking material that's more elastic than latex itself (dubbed "I Can't Believe It's Not Rubber" by many), and pipes that are both stronger and lighter than PVC? Yeah, it's certainly worth noting it stands out from other similar products.

From what I understand, ownership rights to the product have changed hands a few times, but currently I believe it's Rage Rubber which sells the cube I instantly fell in love with. Despite changing hands, the cube has consistently been at various events for a few years shy of a decade. Any time it makes an appearance at an event, the tell-tale suction line marks it sometimes leaves serve as the best ice breaker of the weekend. I have yet to meet a single boy whose eyes don't light up when I notice the lines and they flash back to the experience.

The demos they do in the mart are usually pretty standard; get a boy on all fours, play around with them a little bit, roll the cube so they end up with their paws in the air, etc. Of course there are exceptions, but that's what most people end up seeing. I must say, it doesn't even begin to demonstrate the myriad of possibilities the cube has to offer - and I'm not just talking about the fact there's a fisting cube. Being the bondage fanatic I am, the most important thing that is often overlooked is that you can freeze a boy in literally any position possible within the confines of the cube. In my first demo I started out on all fours, the suction was cut off, and I was told to put my hands behind my back. Struggling to move through the still fairly constrictive material, he turned the suction on before I could move my hands all the way back. That's all it took, and holy hell my hands were stuck.

I'll leave it at that, because I could go on for hours about how much I love this damned thing, but if you've got a disposable income that lets you not wince at the price tag this is easily the coolest toy you can purchase. It could also be a fun investment for any fetish groups that turn up a profit, as I've seen more than a few purportedly vanilla boys drawn in out of curiosity. Hopefully it won't be too terribly long before I have one in my possession. 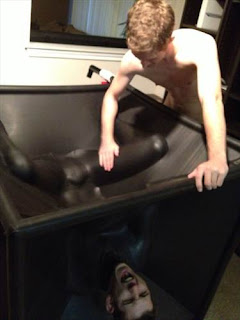 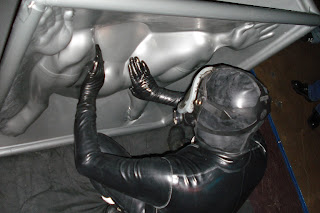 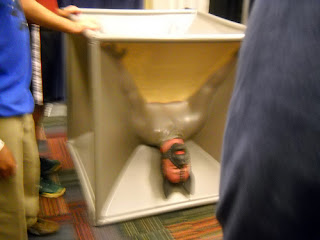 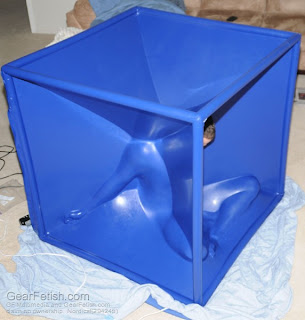 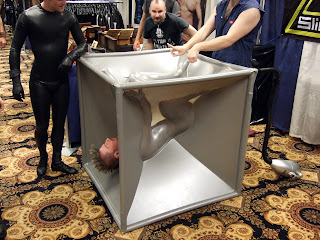