A lot of my friends get really into pup play, and it's a big enough thing that most major events have a demo for it. Here in Chicago we have Chicago Puppy Patrol, and there are even competitions for pups and handlers just as there are for leathermen and Sirs/boys. Point being, it's something present enough in the fetish community that even some vanilla boys are aware of it.

Though the gear is incredibly hot to me, I've never really had an interest in entering a pup headspace. The hoods and muzzles are absolutely adorable in a sexy way since they really showcase a boy's eyes, the fist mitts are awesome for gaining an edge on an unruly boy, and the tails are amazing. Despite my lack of interest in pupping out, a guy I've been chatting with apparently loves being a handler. He's assured me that if I visit him, I'm going to spend a considerable portion of the trip at least bound in pup-like positions, if not actually acting like a pup. Knowing how he can get into my head, I'm pretty aware of the fact he'd be perfectly capable of forcing me to be a pup. I'm not gonna lie: I think it's a hot concept. At any rate, he's been sending me pics to tease me and remind me of how the weekend will play out. Here's a few he'd sent me mixed in with a few from my archives since I love the gear. 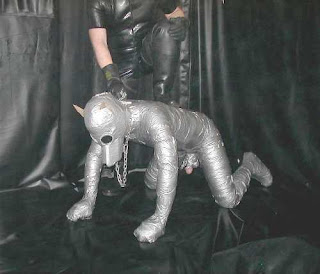 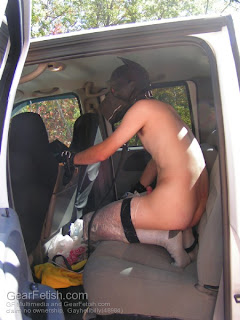 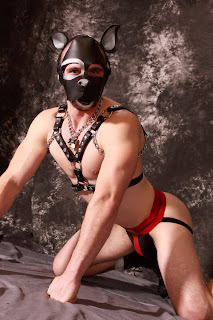 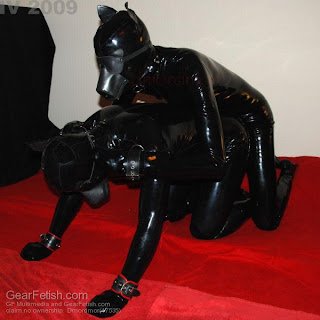 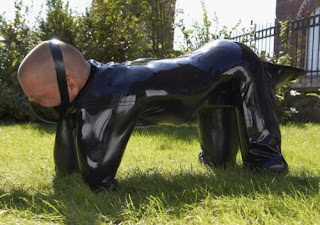 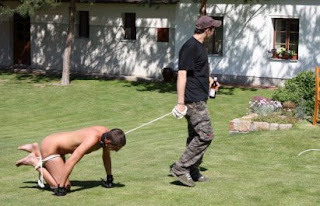